Trump defends inflammatory comments, asks 'Who is doing the raping?'

Washington (CNN) Businessman Donald Trump continued his verbal attack against illegal immigrants on Wednesday, in an interview on CNN Tonight with Don Lemon.

He has stirred up controversy in recent days for claiming "rapists" and "killers" are migrating over the United States' southern border. Univision and NBC Universal have cut ties with the businessman, refusing to air the "Miss Universe" pageant he partially owns as a result, and Macy's announced Wednesday it was also discontinuing his clothing line.
On Wednesday, Trump, who is a Republican presidential candidate, told Lemon he was pulling his facts from a Fusion article.
"Well if you look at the statistics of people coming, you look at the statistics on rape, on crime, on everything coming in illegally into this country it's mind-boggling!" he told Lemon, in a clip previewed on CNN's "Situation Room."
"If you go to Fusion, you will see a story: About 80% of the women coming in, you know who owns Fusion? Univision! Go to Fusion and pick up the stories on rape. It's unbelievable when you look at what's going on. So all I'm doing is telling the truth," Trump said.
Lemon replied that the press stories are about women being raped, but not about criminals coming across the border.
"Well, somebody's doing the raping, Don! I mean somebody's doing it! Who's doing the raping? Who's doing the raping?" he asked.
Posted by Palace Music Group, LLC at 11:13 AM No comments:

Lili Bernard this past May. The actress claimed Cosby drugged and raped her in Atlantic City in the 1990s, but according to a statement from Cosby’s New Jersey lawyer, Edwin J. Jacobs, charges will not be filed.

“Whatever she was claiming was far beyond the applicable statute of limitations,” Cosby’s New Jersey lawyer Edwin J. Jacobs said in a statement obtained by EW. “That was my analysis and the analysis of the Atlantic County Prosecutor. Ms. Bernard’s lawyer apparently thought other wise, but was wrong.”

While New Jersey does not presently have a statute of limitations on sexual assault cases, the state did before 1996. Jacobs toldPress of Atlantic City that the allegations pre-date the law change. As such, the investigation has been terminated and its file closed.

Multiple allegations of sexual assault from over 30 women have come against Cosby since early 2014. The 77-year-old has said he will not address the claims. Cosby has never been charged with a crime.
Posted by Palace Music Group, LLC at 10:54 AM No comments:

Prison escapee Richard Matt reportedly sent a letter to his daughter before he was shot and killed last month.

The convicted murderer, who fled Clinton Correctional Facility in upstate New York on June 6, sent the letter through the U.S. Postal Service to his daughter in a Buffalo-area suburb,the Buffalo News reported.
“I always promised you I would see you on the outside. I’m a man of my word,” it reads, law enforcement officials told the paper.
The letter arrived three days after Matt and fellow inmate David Sweat broke out of the maximum-security prison, the sources said.
Acquaintances of the daughter told the Buffalo News that Matt and his daughter corresponded regularly; she had no prior knowledge of his escape plans and has been cooperating with authorities.
After the prison break, the woman, who is not being identified to protect her privacy, requested 24-hour security because she feared Matt would try to reach her.
Matt had been serving a sentence of 25 years to life for murdering and dismembering his former boss. Sweat had been serving life without parole for the murder of a Broome County sheriff's deputy.
On June 26, border patrol agents fatally shot Matt, who turned 49 the day before, roughly 30 miles west of the prison. Authorities said he had a 20-gauge shotgun and failed to raise his hands when commanded.
Two days later, Sweat was found and shot a few miles from the Canadian border. He was hospitalized.
Posted by Palace Music Group, LLC at 10:50 AM No comments:

Facebook In Talks with Major Labels for Music Video Trial

Facebook is looking to pull music video views away from YouTube, an industry source has confirmed to Billboard.

One day after a Variety report highlighted Facebook's new ad revenue sharing program, a source with knowledge of the talks tells Billboard the social networking giant wants to conduct a test run through the end of this year, with selected music videos -- chosen by the labels -- being presented in the main news feed of users. Facebook is, of course, trying to siphon ad revenue away from Google by offering content creators its own native option.
Facebook is said to be looking to sew up licensing deals with the major labels on the pilot program as quickly as possible in order to get its music video trial underway. (And to do what it does best -- collect data on it.) There's no word on how Vevo, the joint venture between Universal Music Group and Sony Music that centralizes each label's music videos, would be involved; Vevo did not immediately respond to  a request comment.
As Variety reported, the ad revenue split would mirror YouTube's -- 45 percent to Facebook, 55 percent to rights holders.
It's not Facebook's first foray into music video experimentation; Jay Z premieredthe video for "Holy Grail" on the platform back in 2013 on a proprietary video player.
Last year, Facebook claimed that over 1 billion videos were watched on the site each day, from May through July, a number that has likely risen sharply since in that time the company introduced autoplaying to the news feed, though a play tally is only added if the video is watched for a significant period of time (significant, at least, if measured in smartphone Internet time). YouTube claims"billions of views" per day.
Posted by Palace Music Group, LLC at 10:35 AM No comments:

"This is our music. This is us expressing ourselves." 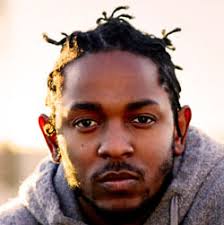 "How can you take a song that's about hope and turn it into hatred?" asked Kendrick Lamarin a response to Geraldo Rivera's criticisms of his BET performance and hip-hop in general. "The overall message is 'We gonna be alright.' It's not the message of I want to kill people."
The Compton rapper spoke to TMZ Thursday after Rivera and other Fox News anchors slammed his powerful performance of "Alright" at the 2015 BET Awards.
"This is why I say that hip-hop has done more damage to young African-Americans than racism in recent years. This is exactly the wrong message," Rivera said, specifically pointing to the "Alright" line: "And we hate po-po/ Wanna kill us dead in the street, fo sho."
But Lamar called this sort or rhetoric an attempt to delude the real problem: "the senseless acts of killings of these young boys out there."
"For the most part it's avoiding the truth," he said in the video interview. "This is reality, this is my world, this is what I talk about in my music. You can't delude that. Me being on a cop car, that's a performance piece after these senseless acts."
Lamar continued, "Hip-hop is not the problem. Our reality is the problem of the situation. This is our music. This is us expressing ourselves. Rather [than] going out here and doing the murders myself, I want to express myself in a positive light the same way other artists are doing. Not going out in the streets, go in the booth and talking about the situation and hoping these kids can find some type of influence on it in a positive manner. Coming from these streets and coming from these neighborhoods, we’re taking our talents and putting ‘em inside the studio."
Posted by Palace Music Group, LLC at 10:25 AM No comments:

People in the Windy City soon will be paying a little more to stream their favorite movies, TV shows and music.

Chicago has enacted a "cloud tax," which will tack on 9 percent to streaming services like Netflix and Spotify, the Chicago Sun-Times reported.
It's an expansion of the city's amusement tax, which taxes things like movies and tickets to sporting events. The streaming provision of the amusement tax takes effect in September, and the city estimates it will bring in $12 million annually.
The Sun-Times reported that Chicago is the first major city to enact a tax on digital services. Other cities, such as New York, already tax entertainment and information services.
"In an environment in which technologies and emerging industries evolve quickly, the city periodically issues rulings that clarify the application of existing laws to these technologies and industries," said mayoral spokeswoman Elizabeth Langsdorf in a statement.
Posted by Palace Music Group, LLC at 10:15 AM No comments: 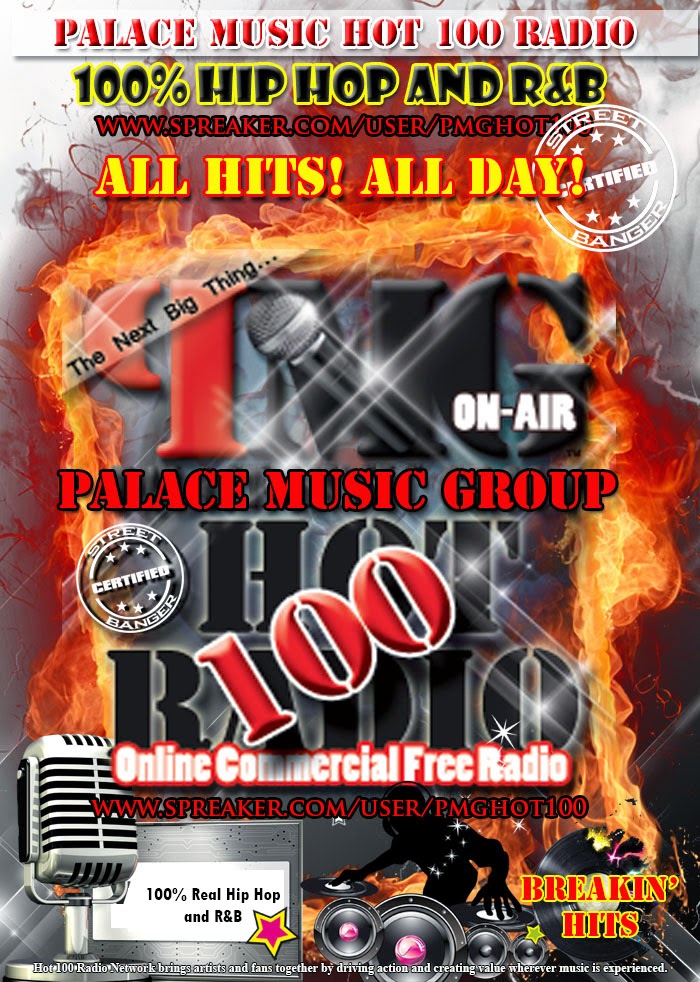 Palace Music Group, LLC
Sacramento, CA, United States
Our products are designed for two primary markets-the independent artist and independent record labels. We cater to unsigned & indie bands globally! We also offer services to the entire music industry, fans and perspective fans! We do not boast to make people famous; We simply increase the visibility of your music by being a channel for placing your music in selected digital stores worldwide. For the latest in Hip Hop news, Celebrity Industry Headlines and Breaking Entertainment News Stories; Please check out Palace Music Group, LLC on http://tunein.com/radio/Palace-Hot-100-Radio-s249037/ here to bring you the latest in Hip Hop news and music 24hours a day around the clock.